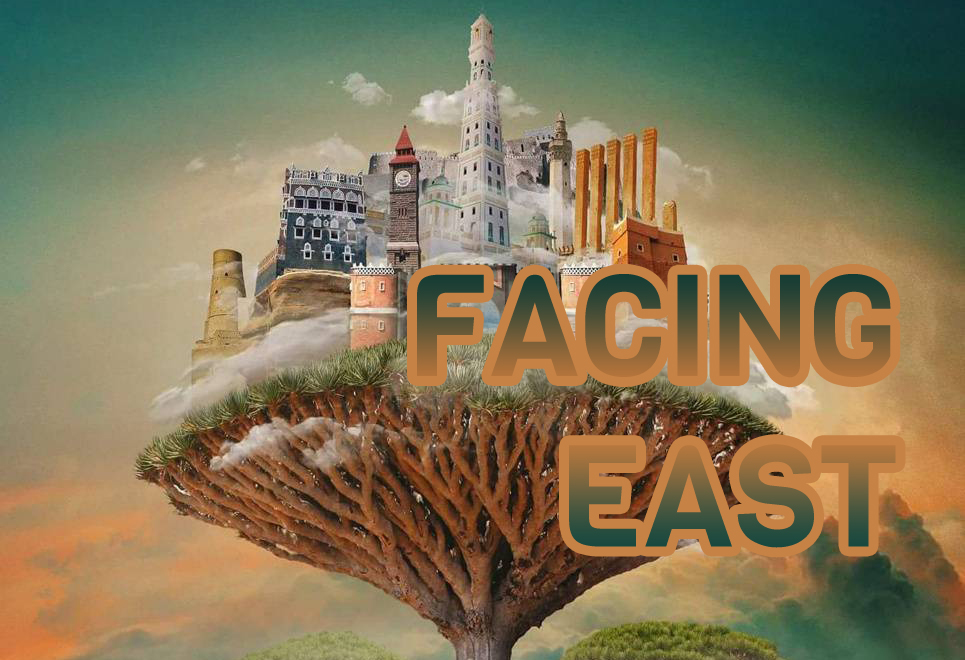 I’ve been a part of the Twittersphere ever since I’ve discovered my passion for Middle-eastern men. It was awkward for me, at first, to recognize my fetish. But, the newly discovered world for me meant that there was so much to explore. My Twitter account has been almost only based on retweeting and posting of my photos. Being married, I’ve been extra careful not to post any very revealing photos or information. With a few comments and messages, my account has drawn the attention of a few Middle-eastern men, but it wasn’t until I’ve received the message from someone named Yahya in the Arabic language when I realized just how deep my infatuation could go.

Yahya couldn’t speak any English, so I’ve been using the Google translator since that day to be able to write and communicate with him. He was complimenting me so much and giving me a lot of attention, and I have done the same with him. He explained that he’s from Yemen and that their connection is always spotty, so he excused himself from an occasional blackout in the communication. I’ve asked a lot about him and his country, which he appreciated a lot. He is a smart man, almost locked in his own country, which he can hardly leave, and then again – where he can barely survive.

It was so inspiring for me to hear from the first hand about what was going on there, as he opened up a lot and has been nothing but honest with me the entire time. As time flew by, I’ve learned that he’s married with kids, and I’ve informed him about my marriage (to a man), to which he has shown some jealousy but has accepted it quickly as we both knew how to respect each other pasts and current life situations. It wasn’t like we lived in the same city or even country, and the fact that we’d probably never see each other in person was very persistent through our conversations. He couldn’t leave due to the war situation raging in Yemen, but also due to his financial and family issues that are also connected to the fact that there’s war in Yemen. Same for me as Yemen is almost impossible to enter, visit or stay safe as a tourist, but also due to my work, marriage, and because the times were very tricky with COVID-19 just about to enter the grand scheme of things.

Our long chats turned into sexy video calls, sexting and our connection has gotten very deep, very fast. Even though we’ve both felt it, we still haven’t come clean to each other about our feelings until, while responding to an ass photo of mine, Yahya said that I have a women’s physique and that he is very much attracted to that fact. He has also expressed his feeling of being very much in love with me and has stated just how much it complicates his life because he isn’t able to go through an entire hour without thinking about me or my body. His sexual stamina seemed very high as he could, and wanted to, have video sex calls with me almost every day, multiple times a day. He claimed that even being 40 years old, his sexual energy just stayed the same as it was when he was a teenager, but the only thing that’s changed now is the fact that he’s married to a woman, and therefore has no further contact or sex with men.

I’ve asked about his experience with men so far, which he explained was always very exciting to him, but he wasn’t able to pursue it further due to very strict laws and the sentiment towards homosexuality in general. He stated that even though it’s very common and not even that frowned upon for men to be attracted to and have sex with other men, it’s impossible to have a long-term gay relationship. Being gay is something that officially “doesn’t exist” in Yemen. That being said, he has identified as a bisexual man, saying that he doesn’t care if it’s a man or a woman – he is attracted to a certain personality and it makes him fall in love.

My emotions have also been going through a rough period. I’ve reached the point in my life when waking up next to a white, almost boring, man has drained me, and there was nothing new in my life or relationship. I’ve had a long relationship that just felt very stale. On the other hand, I’ve had Yahya living in my phone and I’ve felt like I was missing out on so much. The feeling of desperation was getting stronger just by being locked down in my marriage, in my home, and in my country. The fact that it seemed kind of impossible to ever meet, hug, kiss, have sex, or spend time in person together with Yahya has made it all worse.

Yahya has been talking about the two of us meeting, but we both knew that it’s just a fantasy. The reality of things was that even if we somehow found a way to meet, we would still have to go back to our lives after it. Maybe it would make our lives even more difficult if we were to spend time together in person and then just part ways. New love is always something that’s very strong and persistent. One feels on top of the world. So the high highs and the low lows would probably be devastating.
Still, our hopes were indestructible and we’ve fantasized a lot about the moment we’d meet, which has also very often led us into the sex talk.

Then, one morning, I’ve woken up to no message from Yahya. I’ve sent him one, but it wasn’t being delivered. He did say that his connection gets spotty, and we’ve been there already, so I gave it no further thought. However, his user photo on WhatsApp was also gone, which could be a sign that he’s blocked me. Once the whole day passed and I’ve still not heard back from him is when I got worried that something bad has happened. Google is my friend, so I’ve been constantly searching for news from his town in Yemen, looking for an answer – but there was none.

Radio silence for days. It seems like Yahya has blocked and ghosted me.
But why?

Written according to a true story, names and some details have been changed to protect the identities.

STORY BY: ADAM WEST Another of my stories based on a true event. Over the years, one of the things I have learned about being a lover of Muslim men is that it isn’t easy, for me at least, to meet them for a liaison. They tend not to go to gay bars, and hook-up apps...
Read More