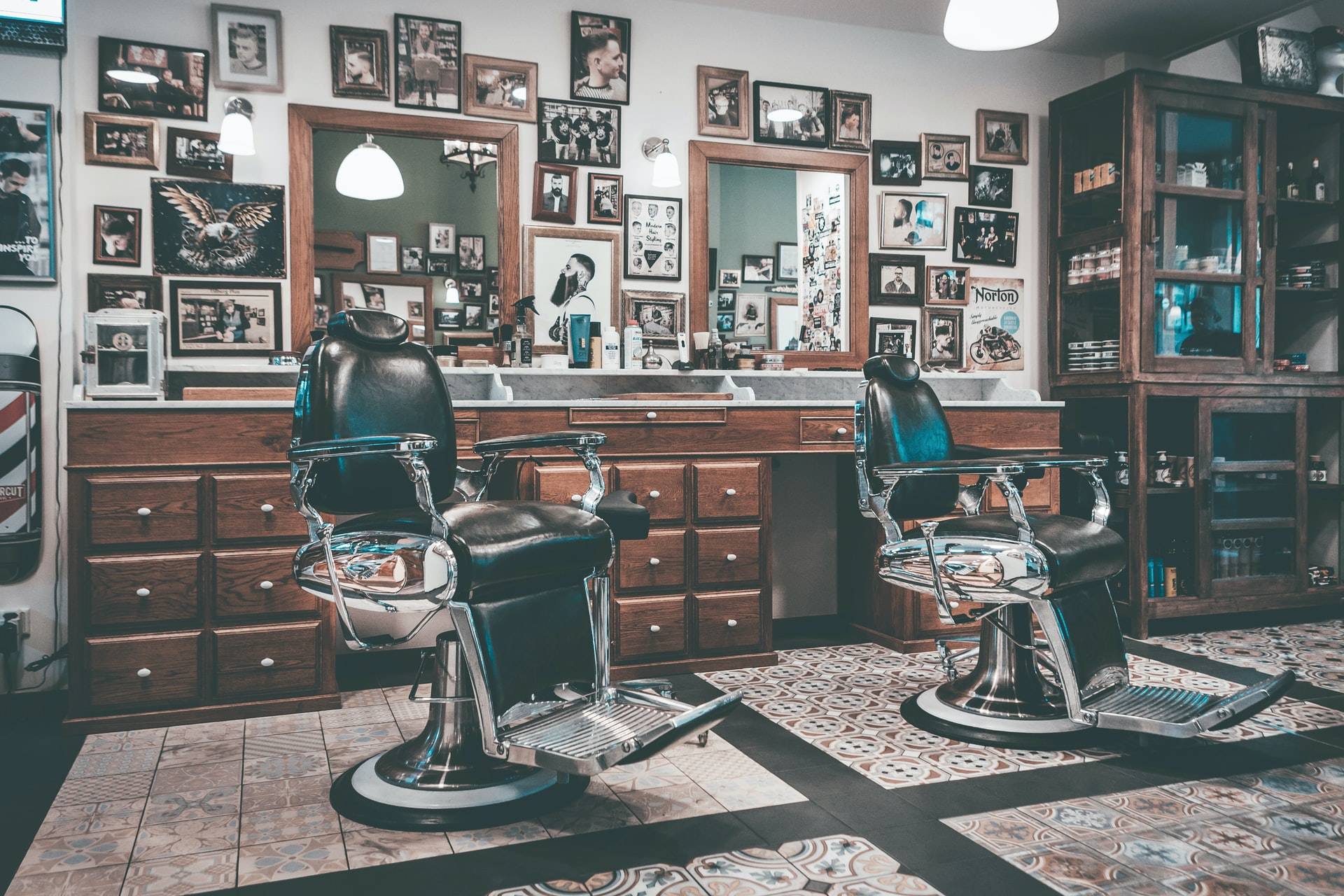 Last week I had met a friend in the city center for dinner; in the early evening, I took the train back to my part of the city just after darkness had fallen, and started the five-minute walk to my apartment.

I was only perhaps halfway home when I saw him – in his late forties, maybe early fifties; looked maybe North African, and as it turned out speaks French, though I didn’t find out where he’s from. Well, not yet.

He smiled at me as he approached, I grinned back, and we both turned our heads to keep looking. I felt brave, uncharacteristically so, so I stopped and said hi, asked if we’d met. “I don’t think so, but I think I recognize you”, he said. We chatted for a few minutes and realized that he must simply have recognized me from the area, as he runs a barbershop quite literally around the corner from my apartment and I walk past multiple times a week. “Come with me, I’ll show you the shop”. Who am I to object?

It only takes a couple of minutes to get there, and he opens it up and pulls the shutters back down again behind us before turning on the lights. “You have such nice hair,” he says, touching it. I step a little closer. The tension is unbearable. He grabs me, he kisses me and his hands immediately go straight to my ass.

I press myself against him, reaching down and feeling his very thick cock through his sweatpants as my other hand grabs at his chest. He kisses down my neck before sitting on the bench his customers sit on as they wait, turned me around, pulled up my sweater, and started kissing my lower back, gently but decisively. I’m writhing involuntarily. I turn around and straddle his lap, pull off his t-shirt and my sweater, continue making out chest to chest as he gropes me all over. I don’t think I’ve ever been so turned on.

“Do you pick up a lot of boys from the street?” I ask between kisses. He smirks. “Sometimes”. So many white boys in this neighborhood are hungry for cut brown cock, I’m probably the fifth one this week. I don’t care. Tonight it’s me. He grabs my ass and whispers he wants to fuck me, but I hadn’t prepared for a hookup tonight. “Not tonight,” I told him reluctantly. “Next time.”

I slide onto my knees on the floor, where I belong, and at last he pulls out his cock. Sometimes when I’m sucking a guy’s dick I’ll deliberately gasp when he pulls it out, just to give them a little ego massage. This gasp was real. It was the size of a coke can, so thick, two bulging veins, circumcised with a neat little scar.

And I get it. It’s as thick as yogurt, a huge, huge load. I swallow most of it straight from his huge brown penis and lick the last few drops off his thumb. “Thank you,” I moan. He stands up; I grab my sweater and, as he’s pulling his T-shirt back on, scribble my phone number down on a receipt and hand it to him. He smirks, crumples it into his pocket, and wordlessly opens the door for me to leave. The 30-second walk to my own apartment where I can finally jack off with the taste of his seed still on my tongue seems to take an age.

He hasn’t text me, yet, but I’m deliberately going out of my way to walk past the shop more often. This afternoon, he caught my eye and beamed at me. I’m so hopeful he’ll give me his load again.