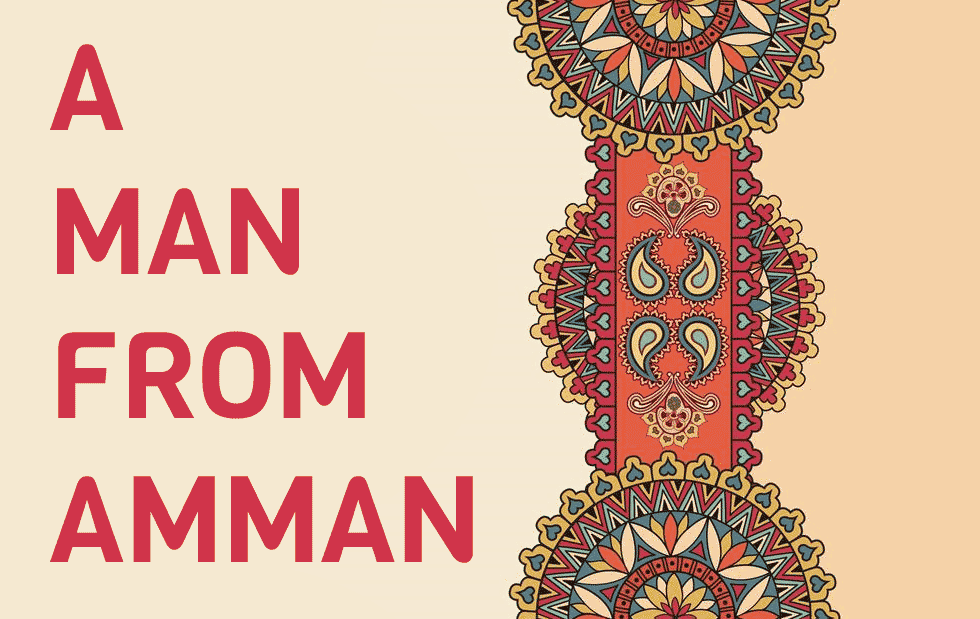 Whenever I try to think about that special moment in my life that made me understand my true purpose, I always find my mind going back to Amman, Jordan. And to Youssef.

It was a humid and warmer than usual May, on one of my leasure trips, first time after many years to an Arab country, this time on purpose. I was eagering to explore the culture, the people and their habits and get closer to these beautiful, exotic men I was always admiring from a distance.

I booked a spacey double room at a rather average three star hotel close to the center of Amman so that I can easily walk to and from the downtown area anytime. At the reception, Mahmoud, an elegant young man welcomed me politely to his country. This heavy sounding Muslim name did not match his more western looking appearance, but his lovely smile and shinning eyes gave me the chills for a moment.

After the check in procedure was over, as I was getting ready to get my luggage and go up to my room, a door opened right next to the reception desk. A tall man around 30 years old with short trimmed black hair and beard entered the lobby wearing dark grey tracksuit bottoms, a tight black t-shirt and a thin silver neck chain. He had a friendly talk with Mahmoud, who then turned to me.

“This is Youssef, the hotel houseman”.

“Happy to meet you”, I replied staring at his seductive dark eyes and he smiled at me nodding gently.

Leaving the lobby towards the elevator, passing among other guests that just arrived, I couldn’t help looking at Youssef’s well built muscular body and the tempting outline of his manhood through the sexy tracksuit. I had to pull myself together, thinking that this is a Muslim country and I should be more discreet, respecting the mentality and the traditions.

After walking many hours the center of Amman, I returned to my room at night, tired, looking forward to relax in the comfy, old fashioned, wooden double bed. I switched on the television to a channel playing Arabian pop music videos and went for a shower. Shortly, I was in bed, naked.

Since I didn’t feel sleepy yet, I logged on to Grindr, curious to see what it will show up and maybe spice up the night. To my surprise, I found the closest user to be just 55 meters away. The name was written in Arabic, a generic landscape as main picture with no other info at the profile. Blind dating is not a turn on for me, especially in a foreign country, so I decided to pass, but then a notification appeared on my phone screen. A message from the generic landscape profile.

Whoever he is, knows to whom is texting because of the face pic on my profile. But I don’t.

Suddenly it all felt weird and probably a bit scary too. Despite my doubts, I decided to challenge myself and reply.

His reply came with a short delay, making me shudder.

“Call the reception. Say that you have a problem in the bathroom”.

“Do it! Say that something is not working. The water heater, whatever”.

Normally, this imperative and rude tone from a complete stranger would be enough to simply ignore or even block him. But now, I was just looking at the messages not knowing what to do. Worse than that, I got a hard on! This can’t be serious, I thought to myself. The lower head is taking decisions on its own and as usual, the upper head tries to resist but eventually it follows. It took just one more brief message from the mysterious user.

The man that picked up the phone at the reception probably thought that I am stupid, but he got convienced that something is wrong when trying to switch the water heater on, so he agreed to send someone to check it out. My whole body was shaking from excitement and agony, not knowing what to expect. I had to wear briefs to cover my ongoing hard on and a shorts with a t-shirt, not to appear half naked. It didn’t take long before someone knocked the door.

And it was him! That masculine, tall, bearded hotel houseman, stood there looking at me with those enchanting dark eyes. He smiled with confidence seeing me heavy breathing, pushed me back and closed the door. I was totally paralyzed at his sight, like I was under a spell. With a slight nod, Youssef ordered me to kneel in front of him, which I simply did, unable to resist. Looking at me deep in the eyes he slapped me on the face and pulled down his tracksuit pants. A thick, brown cut cock popped in front of me. Youssef grabbed it with his one hand while holding my head with the other and pushed it into my mouth.

I was sucking him slowly, enjoying every second having this strong Muslim cock in my mouth, but Youssef started raping my throat rougher. His strong hands were like a wall behind my head. I almost couldn’t breath. After some minutes he stopped and ordered me to stand again. I felt dizzy while shaking at the same time. He pushed me inside the room, threw me on the bed, took my shorts and underware off and layed on top of me.

“Spread your legs!”, and his words were my commands.

He quickly pushed his bare cock inside my asshole. A scream came loud out of me, both from intense pain and pleasure. Youssef brought his right hand on my face shutting my mouth.

“Quiet!” he ordered, while he started to thrust into me. I was feeling his cock, harder and even bigger now, drilling my ass.

“You are mine”, he kept telling me and his body weight kept me unable to even move. I was completely surrendered to him.

At the point when he started fucking me faster, I knew the big moment was close. His breath was louder in my ears, his whole body was bouncing on me, until he grabbed my arms with his hands.

“Tomorrow”, he only said after putting his clothes back on, leaving me still on the bed trying to realise what has just happened. He looked back at me and smiled before closing the door, leaving my room – haven’t seen such a beautiful smile for years!

“Tomorrow”, his voice echoed in my ears.