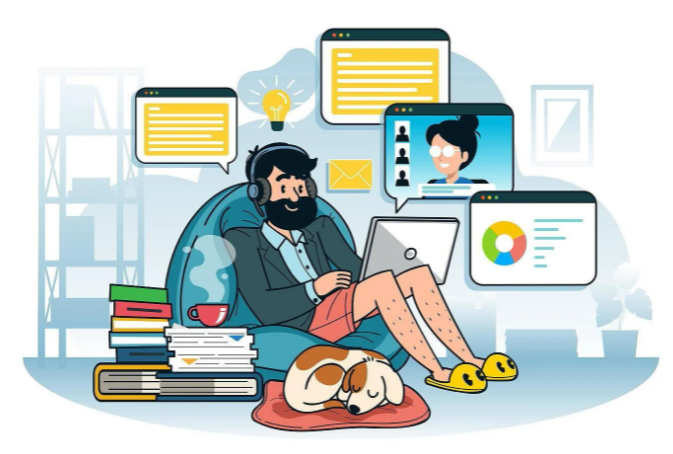 Although the most often question in everyone’s minds is “how to find a guy”, the real question is what to do with the guy once you found him. Let’s dig into that and see how to deal with the biggest issue: disclosing your fetish. And we are talking about both sides here, be it a Muslim guy finding the perfect non-Muslim partner, or a non-Muslim finding a perfect Muslim partner. The struggle is oftentimes very similar.

So, you’ve found the guy and everything is just great – he’s a great guy, he looks great and the sex is good. But, how do you go on about your agenda and your fetishes? The common problem seems to be the fact that he doesn’t know what you’re actually into unless you found each other through IC Discord, or some other group/app that directly exposes your fetish. Disclosing your fetish from the very beginning is rarely successful, and is best if it goes on unmentioned – at least at the beginning.

The struggle is real, especially nowadays, when everyone seems to be even more sensitive about racial, religious, ancestral, and other similar topics. Everyone’s #MeToo and we’ve seen some famous people like Aziz Ansari and recently Armie Hammer getting #MeToo-ed for not much more than just having sex while having strong, yet unharmful fetishes that expand into a grey-zone of what is consensual and/or even real (because, as far as we know – Armie Hammer didn’t actually eat anyone).

Inter-religious or inter-racial fetish is difficult to explain and it’s no wonder that many of us feel it is best to just keep it private for ourselves and sometimes express it in safe-zones such as groups or websites like this one. Combine the “weird” fetish with the fact that it also connects to gay sex – and it makes it just that much more dangerous, especially if you’re not out or are of a more strict upbringing/culture. So, yes, this fetish (and many others) are resembling a beautiful beach, but the water gets extremely deep and wild as soon as you actually go in it, and it’s easy to drown in it if you’re not careful. You don’t want to lose a great guy just because you wanted something-something extra in the sack, but it’s hard to keep on going without acknowledging it as well, especially in the long run. The problem with not disclosing it is that even though it’s actually fun for a while – banging someone or getting banged by someone who fits your fetish from the looks, religion, or background is fulfilling up to a point when it gets stale – and that’s because only you know what it feels like, but the other side isn’t playing along simply because they don’t know how and what you feel.

Being pressed to a wall while taking a circumcised dick in your ass or fucking an ass up against the wall with your circumcised dick isn’t just that much fun if the other person doesn’t appreciate this situation. It stays a fantasy that is in many ways not that much different from the fantasy you’ve lived through while jerking off in your own bed. Imaginary, just with another warm body next to yours this time.

From my own experience, diving too deep too fast is in fact counterproductive. You might end up offending the other person. The majority of people don’t like to be viewed as a representation of race, religion, or culture, especially not in the way that serves your sexual fantasies. It makes them feel objectified and it’s just that much more intense if the person doesn’t really know you yet and doesn’t know that you are coming from a good place in the heart.

I often suggest taking it slow, explore each other and allow this fetish of yours to grow slowly into your relationship. Introduce some elements of it gradually. Ask him to spank you while you’re having sex and let that sink in. Next time, ask for it to be harder and, again, let that sink in. Next time you might want to suggest some dirty talk or anything that leads you a step closer to that finish line, both in the matter of disclosing your fetish fully and an actual orgasm. Many times, already a bit deeper in the relationship, I would also send some of the videos from the IC Twitter page or any similar page to the guy and would be like: “this seems like a fun roleplay”. They would (almost) always agree and it has lead to many interesting conversations and even more great sexual encounters. But, the main point is – take it slow, as slow and steady wins the race.

You have probably experienced the situations in life where you work for something vs. when it’s handed to you easily. The fact is, personally, I have always appreciated it more when I worked for it. Building your relation to somebody to this point where you can (almost) freely disclose what you like and be appreciated for it is a step-by-step situation, but let me assure you that each step that you make and every barrier you breach is also fun for you. In the end, you just might end up with someone who’s into the same stuff as you are – but just didn’t know it yet.

Don’t ever force yourself or your views or fetishes upon someone. When sexually aroused, it is difficult to control oneself, but always be aware that even if you are living your life through your own eyes – it doesn’t make this life a movie, and you’re definitely not playing the leading role in it. Everyone deserves respect, and that’s how you earn it back.

It's already known that Twitter has a love-hate relationship with everyone who deals with this particular fetish, but it's highly unusual that both a Twitter page and a Blogger-based blog disappear at the same time. And this is exactly what happened to Dhimmi Harem...
Read More