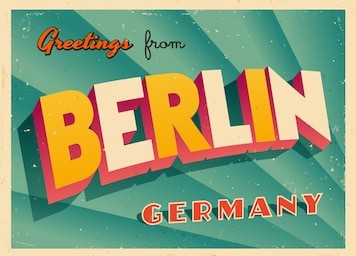 I’m a 21-year-old male from Germany. I grew up in a small city and now I am living in Berlin, the biggest city and capital of Germany. I am slim, blonde and have blue eyes and I have known for a long time that I am submissive. Nothing makes me happier than serving Muslim men. Luckily, Berlin has a large population of Muslim men, a lot of them with a Turkish background, but also from a lot of other Arab countries. I’ve been sexually active for a couple of years now. And in those years I have served a variety of men: different ages, different builds, different ethnicities. I learned very quickly that Muslim men are the most dominant men and the most deserving of being serviced. And here I want to explore why they are.

Let’s start off with white (European) “men”. They are the group of men, I like to serve the least. Don’t get me wrong. My first time was with a white guy and I’ve had sex with a couple of others after that. It was always fun, but it was nothing special. It never gave me the domination I crave so much. And that’s because European men have forgotten how to be real men or they’re afraid to be real men. They cave to societal expectations of “modern men”. For obvious reasons, I am drawn to strong, dominant men. In my experience, most European guys who claim to be dominant are only pretending to be. They put up a dominant front, but deep down they’re far too insecure to be truly dominant. You can see it in the way they talk, act and most importantly fuck. European men aren’t very virile. They don’t last very long (the longest a European man lasted with me was like 10 minutes) and they usually only need one round of fucking to be satisfied (and fall asleep immediately afterward). They simply suppress that primal urge to mark their territory, to breed. Or maybe they have lost that urge, I don’t know. That’s why all European men I’ve served have insisted on using a condom. That’s good for preventing STDs but bad for satisfying that urge to breed that all real men should have. Also, when you serve a European top with a kink for insults or humiliation, every insult and every bit of dirty talk they say lacks conviction. It is (just like their “dominance”) an act they put up. They don’t even have natural bodies. They shave and pluck every hair on their bodies away. Some even shave their legs for god’s sake!

Meanwhile, Muslim men are the complete opposite. Dominance comes as naturally to them as breathing. They aren’t afraid to be their authentic self. All they want is a willing hole to use to relieve themselves. Muslim men fuck and breed a hole how they want and when they want because they know that it is their right to do so. They know that it is their right to spread their holy seed and they know that their pleasure is the only thing that counts. And they fuck a lot. A Muslim man with the need to seed a hole is relentless. They shoot load after load into a willing hole and they fuck until the infidel that’s serving them is a drooling mess. Muslim men are always self-assured. They are certain about their superiority and their manliness. And they have certainly no qualms about insulting their bottom because they know as much as the bottom does that everything they say is true. Muslim men are natural. They don’t shave, they don’t use a variety of lotions and cremes that make them smell like a bouquet. Muslim men know that their natural, musky and hairy selves are the best they can be.

Let’s all be thankful for the perfection that are Muslim men and let’s never forget that it is their right to be served by submissive infidels and our privilege to serve them. Their divine cocks and holy seed are a gift to the world. The truest form of happiness, which a sub can find, is being the slut of an alpha Muslim man.

The East London Mosque Well, it all started when I went to help out at another store for work, I was stopping in this hotel for a week. On my first day, I got a taxi to work and the taxi driver who picked me up. We started with small talk but in the meanwhile, I was...
Read More

Hello dear readers! Today marks the second birthday of our website!What an honor it has been to welcome you to this website and offer you a place where you can find like-minded people and read about their experiences. The response and community reach that this page...
Read More